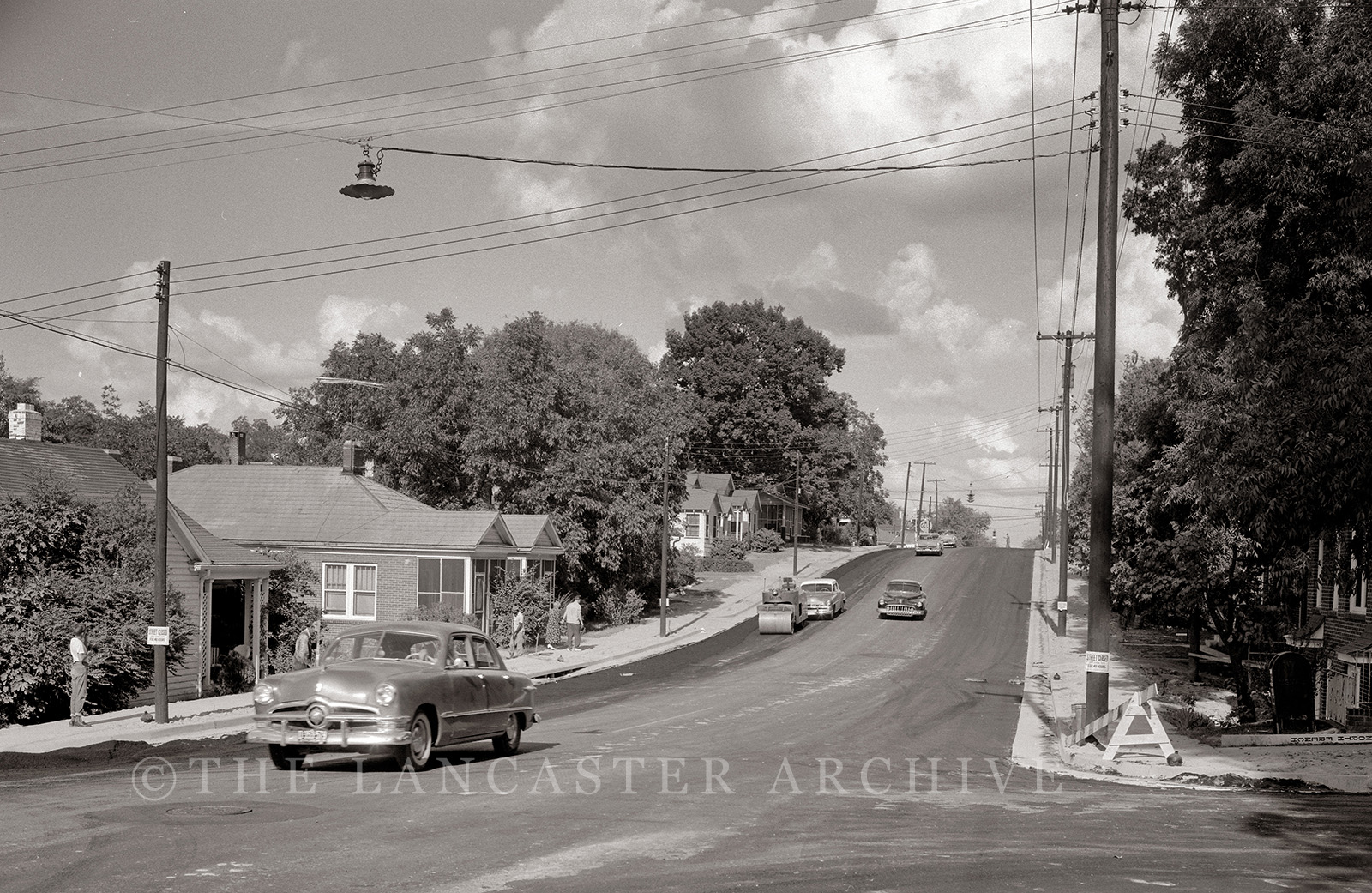 Meeting St. looking east, is seen being widened in Sept. of 1954. (Check out the cropped version below where the Gulf station on Main St. can be seen)

The economic boom of the 1950s following WW2 was some of the largest growth the world had ever seen. Towns all across the country were expanding roads, building schools and creating new neighborhoods in a response to the new economy.

This classic photograph was created near the intersection of Meeting and French streets. 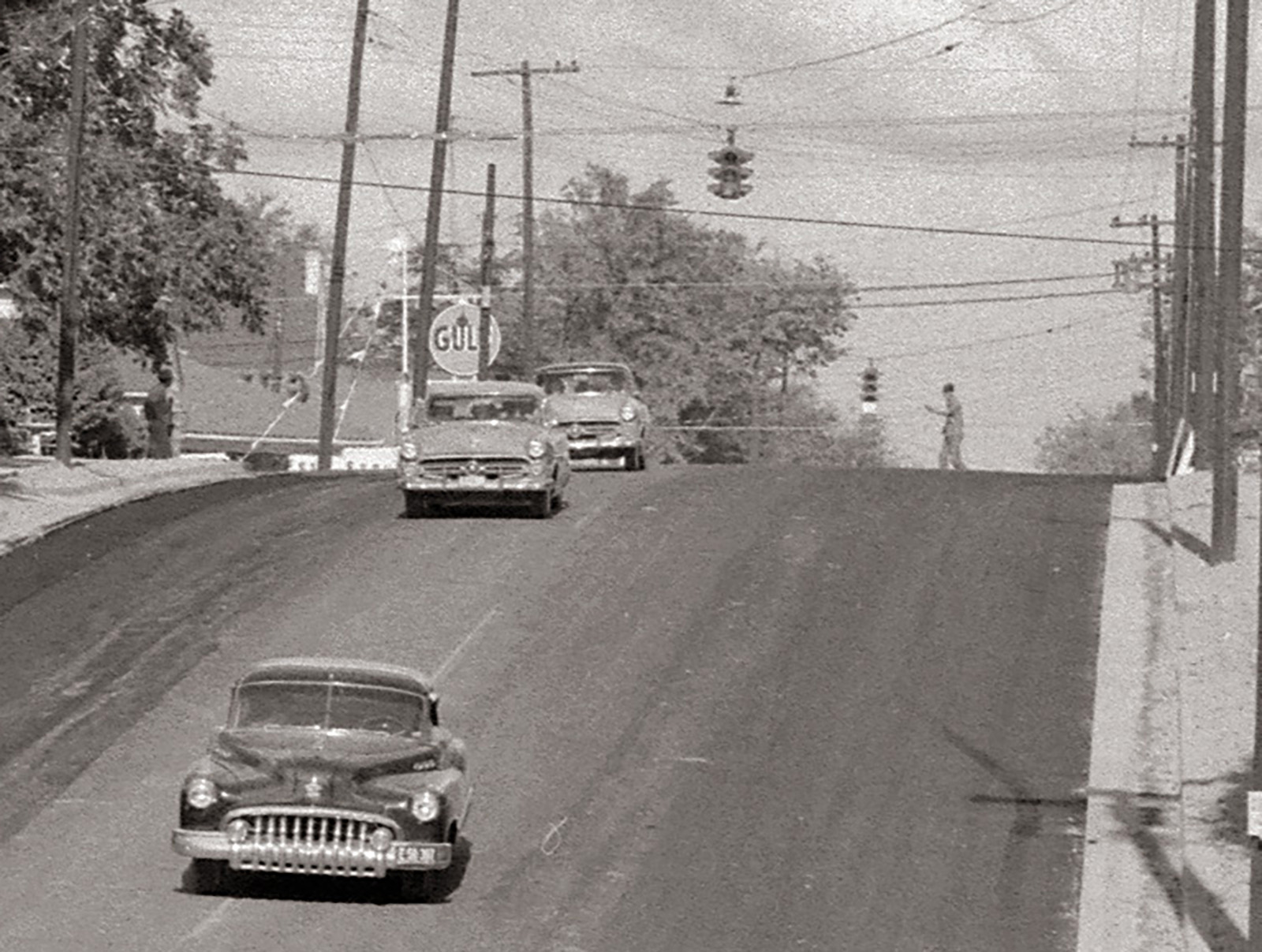 Email ThisBlogThis!Share to TwitterShare to FacebookShare to Pinterest
Labels: at work